An Open Letter to AeroMexico… we’ve got some issues

I’m the guy who has been a member of your frequent flyer program since before the demise of Mexicana Airlines. I can honestly say that over the last 10 years, more than 90% of my flights involving Mexico have been with you. It’s been a long term relationship for both of us.

I’ve watched as you’ve grown, helped make improvements to both the public infrastructure of the Mexico City Airport and your Premier Salons. I’ve flown in your new planes, your old ones and everything in between you, and your partners in Mexico offer.

Suffice to say, I am a loyal customer. Yet I am concerned.

Recently I arrived at my home airport for my flight to Mexico. The agent at the counter was fantastic. She was courteous, helpful and took care of me in a friendly and professional manner. I received the same kind of treatment on my flight when one of the attendants went out of her way to make my in flight experience excellent.

Unfortunately the flight attendant had a much bigger challenge. When lunch came, all that was offered in our cabin was a salmon bagel sandwich. No one wanted that and we just decided not to eat. But your flight attendant, Guadalupe, decided to look for another option. To the surprise of all of us, not only did she find some, she even heated them up for us. Now that’s service!

Which brings up what concerns me. Your employees are fantastic. When they are empowered to “do what it takes” to serve a customer, they excel. Frequently however, they are hamstrung by corporate policies that seem intent on squeezing as many pesos as possible out of each customer. Corporate policies that may sound great in a boardroom, but don’t work well in the field., where real people live, work and travel. 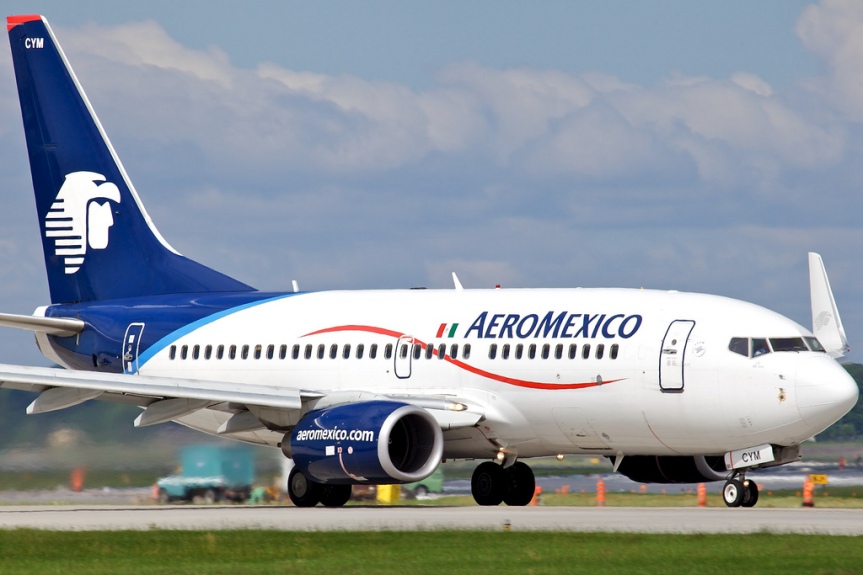 The recent changes in your baggage policies for flights between the US, Canada and Mexico are a prime example. For years you have allowed coach passengers to travel with one checked bag included in their cost. Now that has changed for everyone other than first class flyers. And there are few options available for someone to avoid that cost. If you are a member of your Premier Club, unless you are at Platinum level, it does not matter. If you have an AeroMexico credit card, it does not matter. It makes vacation plans in Mexico that much more difficult because who can pack all they need in just a small carry on?

When I called to talk to an agent recently about the new luggage fees, he asked if I needed anything else. In response I jokingly asked if he had the number for Interjet, because they allow you not one, buy two checked bags with your ticket. He laughed and said he’d heard that.

Another example is how your fees are charged. I recently purchased a coach ticket from Las Vegas to Mexico City. Since I was traveling for an extended period of time, I decided to purchase my baggage space early. I also decided on a seat in Economy Plus, at an additional cost.

When I got to the airport I was able to purchase a first class upgrade, which then allowed me two checked pieces of baggage. All was good until I tried to get a refund for my unused baggage allowance and my first seat upgrade. Your employee completely understood, but there was nothing she could do as your corporate policies were driving the situation. She was not empowered to fix a problem that one of your loyal customers had.

Both of these are examples that hit in the pocketbooks of your customers and as such, impact us immensely. But perhaps more maddening is what happens when we arrive at the Mexico City Airport and have to leave out of the recently remodeled Gate 75. Flights rarely board at the listed time and worse, are frequently delayed. As opposed to agents in other parts of your operations, those that work around Gate 75 show the signs of the continued stress of telling customers all day long their flights are being delayed, even as the departure board lists them as “on time.”

I cannot remember the last time one of my AeroMexico flights has been on time. The fact is AeroMexico has consistently ranked as the worst Mexican Airline for on time performance according to the monthly reports from OAG. Sadly, no amount of Twitter responses from AM Escucha saying “thank you we’re working on it” helps. The frustration is etched in the faces of the people waiting for answers that never seem to come and it is hurting your airline and your brand.

Perhaps nothing discourages a traveler more than not knowing whether he will arrive at his destination on time. And when you break it all down, that is your business. Moving passengers from point A to point B on time, as part of the price we pay.

Here’s the bottom line from a frustrated traveler, one who has been loyal to you for many years.

I need a reason to continue to choose AeroMexico. I do not want this relationship to end but you’ve got to know where you’re struggling. Your fares are not cheaper, your on time performance does not match your competitors and I now have to pay extra for my luggage. Please tell me why I should continue with you. With the entrance of new regional airlines into the Mexican market, even your route dominance is shrinking.

You used to be special, and that was a benefit. We will pay a little more for great service, great policies and an airline that gets us where we want to go on time. We will pay more for an airline that respects us and treats us as people, not just as impersonal numbers on a boarding pass.

AeroMexico, you will never win a race to the bottom. The cost cutting airlines are just too good at that. But you can win on service, attitude and by respecting your customers.